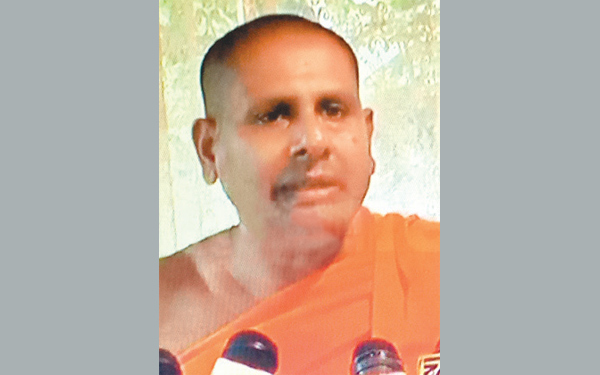 The Election Committee of Sri Lanka Cricket (SLC) yesterday rejected the nomination of Ven. Battaramulle Seelarathana Thera, who was seeking to contest for the post of Vice-President at the SLC elections scheduled for May 20.

The three-member Election Committee comprising of Justice Malini Gunaratne (Chairman), Justice Shiromi Perera and Dr. D. M. R. B. Dissanayake unanimously decided to reject the nomination of Ven. Battaramulle Seelarathana Thera who had failed to meet the requited criteria to contest the elections.

Earlier, on Wednesday, Battaramulle Seelarathana Thera submitted his nomination for the SLC elections while representing St. Anthony’s Sports Club in the Wanni District of the Northern Province.

SLC will elect new office-bearers for the next two years on May 20, with the elections to be held at the Duncan White Auditorium of the Ministry of Sports in Colombo from 10.30 a.m.