By a well-wisher of the Walpola Rahula Institute 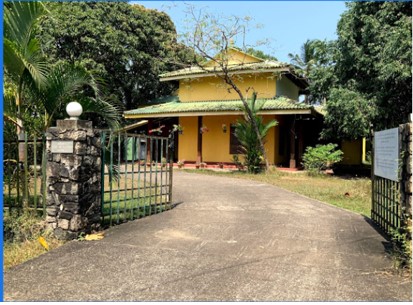 The multi religious and multi ethnic approach taken by the Walpola Rahula Institute (WRI) to advance social healing amongst all people in Sri Lanka and elsewhere is set to take a major step forward with the increasing focus on online programs.

The spread of COVID in Sri Lanka provided an opportunity for Venerable Galkande Dhammananda, the head of the Walpola Rahula Institute and the Chairperson of the Walpola Rahula Trust, to commence online programs to spread the message of social healing via a YouTube channel, Rahula Dhammavahini.

Monthly Metta sessions, discussion sessions and discourses conducted by Ven Dhammananda and other learned, erudite Monks, and opportunities provided via this same medium for individuals and families to remember their loved ones on birthdays, death anniversaries and other commemorative occasions, have been ongoing and have become very popular.

The technical aspects related to conducting these have been managed by Ven Dhammananda himself and a few other volunteers within the limitations associated with the COVID related restrictions. 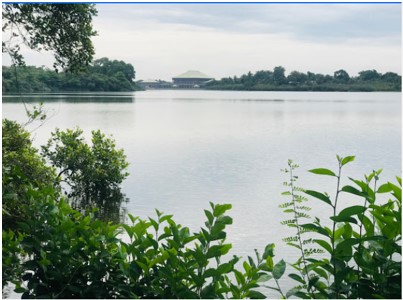 Each session conducted online required a lot of physical activity before and after each sessions involving moving cameras and the sound system around as most recordings were conducted outside the WRI building and in the backdrop of the serenity and tranquillity of the Diyawanna Oya which borders the WRI building.

The three cameras that the WRI now has, were all purchased with donations received, and Ven Dhammananda has ventured to expand and expedite the work, particularly online programs. For that, the WRI proposes to recruit two specialist staff members to expand the online programs and enhance production capabilities and present high quality ‘podcasts’ and video programs targeted at different age groups, including targeted programs for children, novice Monks, inter religious discussions on social healing, joint programs on this topic with Monks living overseas, and widen the audience amongst people to carry the message of social healing and critical thinking in a more formal and continuous manner. Each of these products will have Tamil subtitles.

Ven Dhammananda is no stranger to Australia and he has visited the country on two occasions, and travelled to Perth, Sydney, Canberra and Melbourne to conduct programs on social healing.

Over the last 6 years, the Walpola Rahula Institute, its volunteers, and staff have been working tirelessly conducting projects, programs and discussions to achieve ‘Social Healing’.

The Twin Schools Project that was done linking two under privileged rural schools, one a Tamil medium school in Therankadal, near Killinochchi and the other, a Sinhala medium school in Kebithigollewa, near Anuradhapura, epitomised the objective of social healing through joint activities between the two schools, transcending man made barriers that stood in the way of social healing through closer human interaction. It needs to be noted that these two schools were located in areas that experienced the hostilities during the last war between LTTE combatants and the Sri Lankan Forces.

The Walpola Rahula Trust also boasts of a library that has a collection of over 6000 valuable books, collected by late Venerable Walpola Rahula over many years. The Library is now the corner stone of the Walpola Rahula Research Centre and its catalogue may be accessed via the WRI website (http:www.walpolarahula.institute/library/). Books that will be of interest to a research library focussing on Social Healing would be welcome and the Research Officer Mr Kamal Jayashantha (wriprogcoordinator@gmail.com) may be contacted in advance if donors have any books they wish to donate to the library.

Ven Dhammananda is unique in that he became a sought after speaker at events that promote social healing organised by progressive minded individuals and organisations belonging to different ethnic and religious groups. He was one of the few Buddhist Monks who ventured to visit locations that were subjected to disturbances in the recent past and console communities who were affected The Easter bombings and the anti-Muslim violence in 2019 are two such instances.

Due to COVID restrictions, the need to meet requests made by individuals and groups, and to conduct the different monthly and periodic programs, the WRI moved to conducting them online via Rahula Dhammavahini.

The WRI has now taken the next step to improve and expand online programs by taking steps to construct a small recording studio that would facilitate the conducting and broadcasting of a variety of planned programs in a more efficient way, allowing the few individuals associated with these, to focus more on the content and quality of the programs.

As a temporary measure, Ven Dhammananda has found an area within the existing premises to function as a small recording area, and to begin broadcasting programs from August onwards. It is expected that in the coming months after that, with the support of well-wishers, construction of a more permanent, small recording studio will commence and will be commissioned soon.

The programs conducted in the recent past could be viewed by going into Rahula Dhammavahini in YouTube.