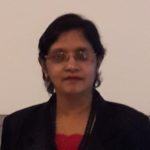 Located at an elevation of 1700 meters (approximately 5000 feet) above sea level in the upper edge of Nanperial Estate (also known as Nonpareil Estate) bordering the famous wildlife reserve *Horton Plains and surrounded by gorgeous mountains of the World’s End Mountain Range, the unique viewpoint Baker’s Bend offers marvelous vistas of Sri Lanka’s Southern Province towards the Indian Ocean as well as*Udawalawe and *Samanala Wewa Reservoirs on a fog free day. Panoramic vistas of Balathuduwa, Gommolikanda and Adarakanda mountain ranges can also be seen. Bakers Bend is a downhill slope of a single elbow bend.

Although, the viewpoint is located in *Ratnapura District of *Sabaragamuwa Province, the climate is similar to that of *Nuwara Eliya. The viewpoint is a less visited site away from the hustle and bustle of the famous tourist locations. Many visitors call this viewpoint and the hike towards it, is similar to heaven due to breathtaking vistas… It is an ideal location for photographs too…

There are many breathtaking cascades on the route to the Bend, a spectacular site… It is better to travel to the site on a clear day to bask in the glory of the surroundings … During the rainy season, the viewpoint and the surroundings are covered with fog. The slope towards the south of the Nanperial Road is enhanced by the spectacular Hirikatu Oya (Oya meaning stream in Sinhala) below. Occasionally a thick fog covers the entire mountain range. Weather in this location is cold. As Bakers Bend is situated in Nanperial Estate of Balangoda Plantations, permission from the estate office is necessary to reach it. Vehicles are not allowed from the Estate entrance to the viewpoint, unless there is a reservation for the Nagrak Bungalow of Nanperial Estate.

Although, situated in close proximity to the famous Horton Plains National Park, visitors are not allowed to enter the Park from here.

After traveling a few kilometers from Belihuloya on Colombo-Badulla Road, Nanperial Estate can be reached. After passing Belihuloya town, there is a road to the left with several billboards known as “Nanperial Estate Road” leading to Nagrak Bungalow. There is a small natural base pool with fresh cool water in the lower section of the road where visitors can enjoy a safe dip, a part of a famous stream Hirikatu Oya, originating from Nanperial Estate. Travel along this road towards Nanperial Tea factory premises. The hike to Baker’s Bend is recommended for veteran hikers as there are many hazardous locations in the road towards the Bend. Yet, some amateur hikers too go along this road. Although, it is a hike for tourists, this is a route which estate dwellers utilize daily on their way to and from the estate.

Although, a 4WD drive vehicle is ideal for the journey, a car or van can also reach the factory premises. The condition of the road is in good condition up to the Tamil School. Thereafter, the journey is hazardous.

To protect the environment, visitors are not allowed to carry polythene or plastic when entering the Estate.

Please talk to villagers during the journey as they will direct visitors to the viewpoint indicating ‘shortcuts’ as the main road is a long journey.

Note: If traveling to Nagrak Bungalow, a 4WD vehicle is necessary.

As the location is spectacular and pristine, it is essential to keep the terrain immaculate.

Take only photos. Leave only footprints…