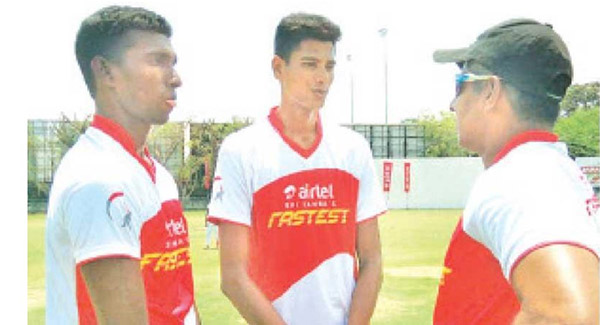 Chaminda Vaas joined the list of ex-players to be forced out of national cricket coaching which has exposed a cruel and forbidden system that the powers that be are yet to address as the sport has been placed in the dock awaiting its fate or salvation.

Vaas and cricket have not only gone to parliament for debate but has shed light on a free-for-all set up at Sri Lanka Cricket (SLC) where nepotism and cronyism is the name of the game that has led to an unprecedented crash of the team.

The scenario could not have been explained any better than by Vaas himself who said in a public message that “justice will prevail” after he failed to secure a payment to condition the Sri Lanka team on a current tour of the West Indies that was outside the obligations of his contract as a fast bowling consultant.

“I made a humble request to SLC and they turned it down,” Vaas said.

But his employer Sri Lanka Cricket went to the extent of branding Vaas an unreasonable rebel just hours before he and the players were to take wing to the Caribbean.

“Chaminda Vaas has resorted to holding the administration, the cricketers and indeed the game to ransom by handing in his resignation at the eleventh hour, citing the administration’s refusal to accede to an unjustifiable demand for an increased USD (US dollars) remuneration,” SLC said in a media statement.

But a close aide of Vaas told the Sunday Observer that the amount requested by the former World Cup champion was only half the amount compared to what the head of SLC’s coaching department Jerome Jayaratne is paid to accompany the team as manager.

He claimed SLC was losing its home grown coaches and experts by the plane loads, snapped up by rival nations with lucrative deals over the past 15 years as the country looked for foreign expertise with little or no success while paying much more.

Vaas found a voice in parliament when an Opposition MP argued that the only Sri Lankan fast bowler to bend his back and claim over 400 Test scalps was ridiculed by SLC.

But SLC found a defence in Sports Minister Namal Rajapaksa who counter-argued saying that to accede to the request made by Vaas would only create a precedent where coaches and players will be influenced to demand additional payments as a condition to perform.

To cap it all Vaas found an unexpected promoter in a Buddhist priest, Battaramulla Seelarathana Thera who accused SLC of squandering funds on foreigners.

“Why is so much of money been spent on foreign coaches when we have capable people like Chaminda Vaas. All the money goes out of the country,” said Seelarathana Thera after handing over his nomination papers to contest a vice presidency post at SLC which was subsequently rejected.