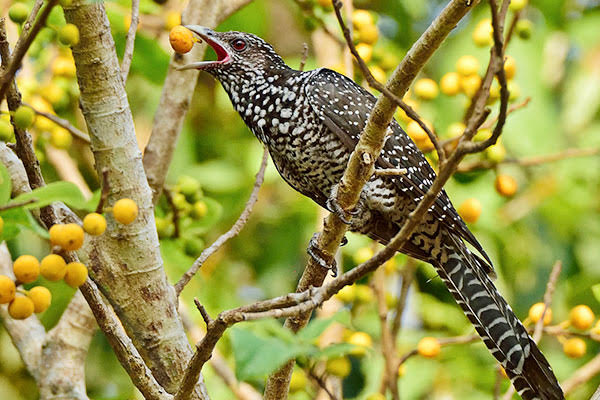 It was a delight and encouraging to read in The Island editorial of 13th April the information that the Koha is said to be conspicuous by its absence this New Year. Many would not have assigned valuable space for this observation in the issue of the newspaper published on the day before the Sinhala and Tamil New Year given the serious competition from other pressing issues. It was also encouraging that this information had been considered important enough for someone to have brought it to the notice of the newspaper in a time when Lanka and the world outside are experiencing challenging times. This scribe would like to pen a few words about this beloved bird of Lanka, who bears the formal name of the Asian Koel (Eudynamys scolopaceus), and its equally beloved British counterpart, the European or Common Cuckoo (Cuculus canorus). Reams have been published over centuries relevant to these species and the purpose of this brief note is to encourage both wildlife enthusiasts and the lay public to delve further into the avenues indicated.

Their place in Nature

Aristotle (384 to 322 BC) was possibly the first to observe and describe the Common Cuckoo’s behaviour. Edward Jenner was elected a Fellow of the Royal Society (FRS) in 1788 for his studies relating to the Common Cuckoo rather than for his development of the vaccine against smallpox.

The Asian koels (to which our Koha belongs) was named by Carl Linnaeus as Cuculus scolopaceus in 1758. They are mainly resident breeders in tropical southern Asia but have a very wide range with several geographic forms. The familiar call of the male is a repeated ‘koo-Ooo’, while that of the female is a shrill ‘kik-kik-kik’. Asian koels are largely fruit eaters as adults.

The Common Cuckoo (Cuculus canorus canorus) was named by Carl Linnaeus in 1758. There are four subspecies worldwide.

The present presentation does not attempt to discuss in any detail the huge volume of information known and published about the cuckoos. Those interested in following up details appearing in this communication will encounter items which will be of interest to wildlife enthusiasts in general, ornithologists, environmentalists, biologists, those conversant with Asian languages of the present day and ancient times, European literature, music lovers, poets and in many other bye-ways of Mankind’s interest and investigation.

Kohas and the European Cuckoos

Though there are marked differences in form and lifestyles of some members of the Cuckoo family, there are also similarities and correspondence between some. Some of these differences and similarities, which are noteworthy, follow:

a) Day associated with the Koha and the European Cuckoo

In Lanka, Sinhala and Tamil New Year on the 14th April is associated with hearing the call of the Koha or Koel. Interestingly, in Britain, St. Tiburtius Day is celebrated on 14th April and according to tradition is when one would hear the first cuckoo of the year (but see below). This event is celebrated in the ‘Cuckoo Song’ by Rudyard Kipling (1865 to 1936). The poem, which is well worth reading, is introduced by the following comment:

(Spring begins in southern England on the 14th April, on which date the Old Woman lets the Cuckoo out of her basket at Heatfield Fair locally known as Heffle Cuckoo Fair.)

b) Migration of cuckoos

In Sri Lanka, the Koha is considered a mainly resident species but the European Cuckoo leaves Britain for the winter and migrates to sunnier climes, such as Africa. The adult birds traditionally return from their migration south in late March or April and depart in July or August. (Young adults leave a month or so later.) An interesting development has been reports in a bird identification service (www.birdspot.co.uk/first-cuckoo) that adult common cuckoos have been observed this year much earlier than usual; ranging from one in East Hampshire on 3 January 2021 and several others in January and February 2021. (One observer claims to have seen a fledgling cuckoo in a garden in Telford on 13 February 2021, which indicates that the mother laid its egg(s) in another bird’s nest at least a month previously.)

Different species of cuckoos may differ in their style of breeding but the Koha and the European Cuckoo are similar in that they practice ‘brood parasitism’. This basically involves using birds of other species to hatch their egg(s) and bring up the young which emerge. In some instances, the ‘guest’ may push the eggs and young of the host out of the nest in order to reduce competition for food.

In the case of the European Cuckoo, dunnocks, meadow pipits and reed warblers are frequently used as ‘hosts’. However, some 291 host bird species have been reported in whose nests the chicks and eggs of the European or common cuckoos have been recorded. In the case of the Koha, the nests of the Jungle Crow and (in more recent years; probably following widespread deforestation and urbanization) those of the Common Crow may be utilized. Other cuckoo species in India may use other foster parents, such as the mynah and the iora.

The male Koha is black and similar in appearance to a crow while the female is brown. The male Koha positions itself on a branch close to a crow’s nest and sings beautifully to attract a female. It follows this by hurling insults at the crows and provokes them to chase him. While the crows chase after the male Koha, the crafty female slips in and lays an egg in the nest. (The egg resembles a crow’s egg.) The incubation periods of the eggs of the various players have been reported as follows: crows 17 to 20 days, koels 12 to 14 days and cuckoos 13 to 16 days. The young Asian cuckoos fledge in 20 to 28 days.

However, not all species of cuckoo practice brood parasitism. ‘Brood parasitism’ may contribute to why the male Koha has acquired the ability to sing beautifully in the neighbourhood of nesting crows in order to attract female Kohas to the locality.

Incidentally, the word ‘Koel’ is onomatopoeic in origin. The Sanskrit name ‘kokila’ and other words in many Indian languages are similarly echoic.

The cuckoo may well be the most romanticised bird in literature and has given rise to the term ‘cuckoldry’, as in Shakespeare’s “Love’s Labours Lost’.

One must not fail to note the musical composition for orchestra in Norway in 1912 by Fredrick Delius (1862 to 1934) of the symphonic poem, “On hearing the first cuckoo in Spring”. This is available to listen to on ‘You Tube’ grace of Jayne Anne Strutt, who describes it as ‘a two note Spring song’. Jayne Anne Strutt mentions that she has not heard a Common Cuckoo in her locality in Britain for three years and that it is ‘breaking her heart’.

What the future holds

The recent population decline of the Common Cuckoo in Britain has led to the Royal Society for the Protection of Birds (RSPB) moving it to the category of a ‘Red List Species’ as regards its status. (The three categories of the RSPB are Red, Amber and Green.) A recent estimate is that there are currently some 15,000 breeding pairs of the Common Cuckoo in the UK. The reasons for its population decline in Britain probably include urbanization and tree felling leading to the loss of breeding sites. Climate change, which would, among others, influence migration patterns would be another important factor.

Urbanisation and tree felling will, also, be among factors impacting reproductive success and population figures of the Koha in Lanka. Climate change, including its effect on rainfall patterns, is another. It is well to keep in mind what may lie in store for one of the most beloved birds in our land.