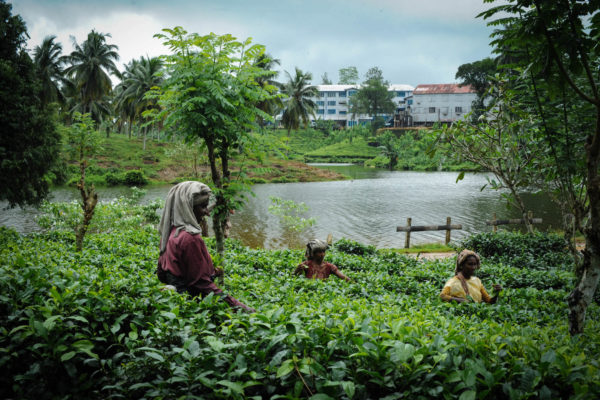 A beautiful city with a fortified Dutch Fort, world heritage site buildings, fine beaches with broad expanses of silver sand, and restaurants and hotels to cater to the most fastidious tourist is what comes to mind when one thinks of Galle.  All this and more is what the discerning traveller will experience when visiting this port city. One conjures up visions of a land with all the charm of the South –  the ubiquitous coconut palms, fishing, soaking up the sun on a sun kissed beach,and savouring the delights of a tourist haven. But Galle is not the focus of this article. In the spotlight today is a township known to residents of the area but not very familiar to the wider world, which lies in the district of Galle  called  Talgaswella.

Talgaswella is situated twelve miles from Galle. Travelling from Colombo, take the Elpitiya road at Ambalangoda, drive past lush green paddy fields, picturesque small villages, beautiful rural scenery and you reach Talgaswella township. Going to Talgaswella from Galle is only about eight miles distance through Akmeemana. One seldom associates Galle with the tea industry of Ceylon, but there are many tea plantations in the district, and Talgaswella estate is  one of them. To set the scene for this story, a brief history of this estate is timely. Talgaswella estate was first started by one of the leading estate agencies which feature prominently in the history of Ceylon tea, Messrs. Carson Cumberbatch & Company Limited. Tea was first manufactured on Talgaswella in 1920, and an Englishman named  Mr.Nikoli constructed the Superintendent’s bungalow in 1922.  He was the first Superintendent of the estate.  The bungalow as it stands today was renovated in 1924.

However, before tea was planted on Talgaswella, another sweeter crop held sway here  – Sugar !

Sugar cane was first planted  in the lower division after the installation of a sugar crane crusher.

Huge iron pans were imported from England to boil the juice from crushed sugar cane resulting in the golden treacle which is a favourite even today  –  just think of curd and honey !!. The manufacture of treacle was thus the first manufacturing process on the estate. Visit Talgaswella today and one can still see one of these pans which has been used as a pond in the gardens of the Assistant Superintendent’s bungalow in the lower division ! Apart from human consumption, treacle was also used for something totally different other than contributing to a sugar fix ! It was mixed with lime and used as plaster in construction works !  It is a widely held belief that this plaster was used in the construction of bridges, tunnels etc. particularly in the up-country areas instead of cement.

The owners of Talgaswella having experimented with sugar, were looking for new challenges. They brought about 300 rubber seeds from Matale and in 1928 cultivated two hundred acres with rubber.

Fortune favours the brave and with the success of the first crop, a sheet rubber factory was established in the lower division.

In 1930 Mr. Buket was appointed Superintendent of Talgaswella. That same year a new bungalow was constructed in the upper division for Mr.I.U.Wilson who had been appointed  Assistant Superintendent. Another bungalow called “Kosgaha Bungalow” (Jak Tree Bungalow) was also constructed in the lower division. I hasten to add that from the Upper Division there were delightful scenic views of the surrounding countryside with beautiful mountains in the distance. The first Staff quarters were constructed on the right bank of the lake on the estate, and it is on record that the first conductor was Mr.Kanaththage Martin Silva who started work in 1931.

Into this fairy tale beginning when every endeavour on the estate was crowned with success, it was not long before evil reared its ugly head. Over a hundred years ago, Bishop Heber in his poem ” From Greenlands Icy Mountains ” penned a verse on Ceylon in which he wrote:

And though the spicy breezes

Though every prospect pleases

And only man is vile

This verse is a lead, into the dark deeds which were to follow. I refer to the bungalow in the lower division called “Kosgaha Bungalow” which was constructed in 1930. This bungalow was constructed for a young Assistant Superintendent, Roger Blumer who commenced duties in 1930. Roger Blumer was made for planting, and planting for Roger Blumer !! The two went together hand in glove and from the moment young Blumer held a pruning knife and stepped into a tea field immersing himself in  the myriad activities required in this very demanding profession, it was apparent that this was his destiny. It did not take long for his boss the Superintendent to realize that in his young Assistant, he had a potential future Manager who would blaze a trail in the tea fields of Ceylon, no matter on which estate he worked. In Colombo, Carson Cumberbatch & Company the Agents for Talgaswella having received glowing reports of Roger Blumer’s progress sat up and took notice. Clearly, he was singled out for greener pastures, professionally speaking.

Following his meteoric rise performing his duties as Assistant Superintendent on Talgaswella, in three short years the Company  appointed Roger Blumer as Superintendent in 1933 when Mr.Bukit resigned  – an appointment welcomed by the labour and clerical staff because this young planter, apart from being a wizard in the field –   in both tea and rubber  –  was also a good administrator and had very good relations with labour, the clerical staff and factory staff.  But while Talgaswella prospered achieving good prices at the tea auctions and fast gaining the reputation of a model estate, none could foresee that there were evil minds at work with malicious intent lying low in the shadows planning to strike a mortal blow to the fortunes of this plantation   –  a blow from which they would never recover, at least in the foreseeable future.

This was a period when there were very few rural banks to service the plantations. Consequently, each month the estate Superintendents travelled to Colombo to transport the wages in hessian bags labelled division by division. Accordingly Roger Blumer made these trips to Colombo when pay day was due during which time he also visited the Agents to discuss any official matters. One day in 1933   – his first year as Superintendent, he drove to Colombo to collect the wages, and drove back. Pay day was common knowledge and everybody knew how the pay was brought to the plantations. In those days there was no consideration given to security, and collecting the wages became another routine chore.

He returned to the estate in good time and drove straight to his bungalow. Just round a curve not far from the bungalow his way was blocked by another vehicle and in a split second he was waylaid by five thugs fully armed, who demanded that he hand over the wages.  Since there were no witnesses to the robbery, nobody will ever know if he acquiesced or put up any resistance  –  it was one unarmed man against five who were armed  –  but  the thieves shot Roger Blumer in cold blood killing him instantly and escaped with the loot. Thus ended the life of this good and decent man, leaving a son of five years behind. A pall of gloom descended over Talgaswella at the loss of this well loved planter and the manner of his death. There was suspicion that if ever a robbery was planned and executed to rob the labourers wages, it had to be done with the connivance of a person  –  or persons  – living on the estate. But justice was swift and fast and the long arm of the law reached far and wide to bring the criminals to justice. The police worked long hours meticulously following up on all the leads in their inquiries, and within ten days the five accused were arrested. The case was heard in the Galle Magistrates court, and all five were condemned to death   –  a death which they met at the hands of the Hangman in the Welikade Jail in Borella.

If Roger Blumer’s son is alive, he will be 91 years this year. With the passage of time the murder of this Superintendent faded into the mists of memory . As the American writer Nathaniel Hawthorne said   “Time flies over us but leaves its shadow behind.”  Benjamin Franklin, one of the founding fathers of the USA  and a Polymath, once wrote “Time is like a petal in the wind blowing softly by. As old lives are taken, new lives begin. It is a continual chain which lasts through eternity   –  every life is but a minute in time, but each one is of equal importance……” And Roger Blumer’s life was very special and cherished by the staff of Talgaswella and to all who knew him. Visit the estate today and just below the Superintendent’s bungalow at the spot in the road where he was murdered, a monument has been erected in honour of his memory  –  the memory of a man who paid the supreme sacrifice in the line of duty.

A few years after this crime, another estate Superintendent lost his life in silmilar circumstances, on the Colombo – Ratnapura road close to a spot where the Palmgarden tea factory now stands. That was Mr.John Frank Whitehouse, the Superintendent of Madampe Group Rakwana. He was cruelly gunned down by thugs of the underworld in the process of stealing the labourers wages. I have written about this story in an article titled TALES FROM THE THOTTAM. I later changed the title to MARKED FOR MURDER.

Acknowledgements : I am very grateful to an ex planter and an old Anthonian Norman Thompson, who

provided me with the material for this article. During his planting career, Norman

who first informed me of this story. And while I struggled to find a suitable title for

this article, Norman to his credit came up with the one I have used which I think 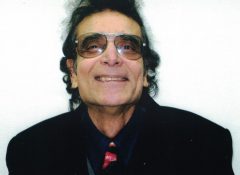