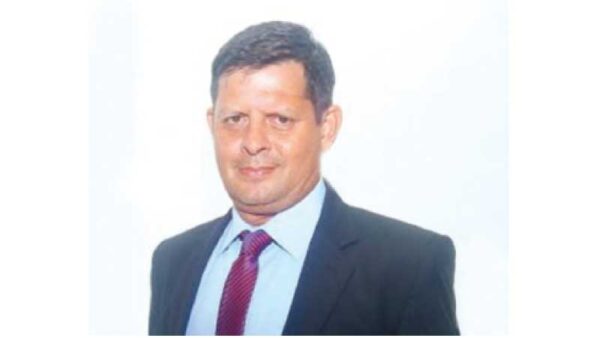 Julian Bolling, who had the distinction of representing Sri Lanka at three Olympic Games, was born in Colombo on June 19, 1966. He is the son of Tara Bolling, nee Tara De Saram, who represented Sri Lanka in swimming events at the 1958 Asian Games.

Julian who took up swimming while at Royal College achieved great victories in the pool under the guidance of his mother. Julian first entered the international arena in 1979, when he participated in the Age Group Meet in India.

At the Asian Games in 1986, he was placed sixth in the events he participated in. At the South Asian Federation (SAF) Games held from 1984 to 1991 he won 16 Gold, three Silver and four Bronze Medals and proved that he was the ‘King of Swimming’ in the South Asian region. He also set up records in these events.

By winning six Gold Medals at the SAF Games in December, 1991 he not only created sporting history in Sri Lanka but also won the US $2,500 Coca Cola Award.

Julian had the great honour of representing Sri Lanka at the 1984 Los Angeles, 1988 Seoul and at the 1992 Barcelona Olympic Games. At these Games he participated in his pet events, the 1,500m and 400m freestyle and 400m Individual medley but was not able to gain a significant place.

After the Olympic Games in Barcelona, he participated in a water polo event held in Kolkata, India in November 1992. Julian won the coveted Sportsman of the Year Award in 1983 and 1984. During this period was studying at the Clarion University in the USA.

In recognition of his services in the sporting field he was awarded the ‘Deshabandu’ National Award in 1987 and the Swimming Star of the Year in 1991.

Julian obtained his Degree from the University of California and was attached to a leading company as a marketing director.

He functioned as the Coach of Rainbow Aquatic Club and was later appointed as a Member of the National Sports Council. (C.D)