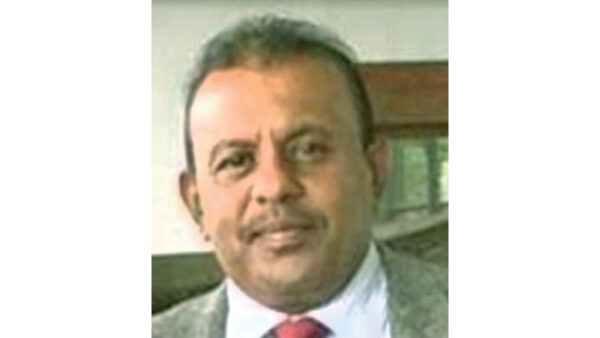 Prasanna Walalawala is a talented all-round sportsman who has received colours for cricket, football, hockey, athletics, and cadets while representing Dharmaraja College.

He represented the college cricket teams from Under-12 to Under-19 and as the Under-17 Captain, his team reached the semi-finals of the Division Two Tournament in 1990.

Prasanna represented the College First XI Cricket Team from 1980 to 1983 and in the final year, he scored two centuries against Maliyadeva College (112) and Kingswood College (100 not out).

He had a record partnership of 275 for the third wicket with Senaka Dissanayake, who scored 200 in the Kingswood/Dharmaraja Big Match in 1983. Prasanna faced 50 deliveries and reached 100 not out.

He led Old Rajans CC in 2008 to win the Plate title in the Colonel Henry Steel Olcott Memorial Cricket Tournament.

Prasanna also won the Best Batsman award in 2016 when the Nalanda Past Pupils organised the tournament and was appointed President of the Dharmaraja College Cricket Foundation for 2017/18.

He represented the college football team from junior to senior level and was a member of the side that emerged runners-up in the All-Island Under-19 Tournament in 1982.

As a cadet, he was a member of the second battalion regimental team and was placed first at the meet in 1982 and was placed third at the Herman Loose Trophy Meet held at Diyathalawa.