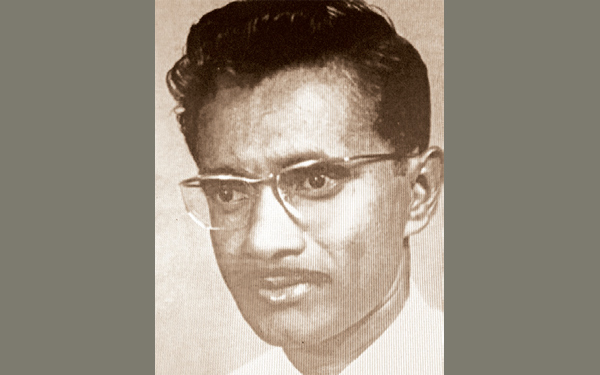 Linus Dias entered the international athletics arena having participated and displayed his talents at Inter-schools and National level events as a student of Ampitya Vidyalaya, Kandy.

Linus was also the Sri Lankan Team Captain for the Olympic Games in Rome in 1960. As a schoolboy he won the third place in the 1,500m while causing a serious threat to some of the more senior competitors who participated in this event at the National Championships in 1951.

In 1950, he quite easily won the 1-mile race at the Junior Athletics Meet and at the Public Schools Athletic Meet. In 1953, at the National Championships he was placed second in the 1,500m event.

Although the 10,000m race was not scheduled for National events during the period from 1952 to 1962, Linus had recorded a time of 34.00 minutes while training.

The same year, Linus won the 6-mile and the 3-mile events at the Sports Festival held in Malaysia.

He improved on his best performance by returning a time of 2 hours 33.43s. At the Athletics Meet held in India between the Ace Athletics Club and the Bangalore Sports Club, Linus won both 5,000m and the 10,000m events while establishing Mysore State records in these events.

In 1960 too he won the marathon event held in Madras. Linus was then selected for the Olympic Games in Rome in 1960 on the basis of these victories.

He was the 39th out of 69 competitors finishing the event in 2 hours, 32 minutes and 12s. This performance was an improvement on the Sri Lanka record and the Asian record.

In 1961, he won the 5,000m event at the Nationals with a time of 15.8.4s and established a Sri Lanka record. This was a great improvement on the existing record of 15:37.2s which was considered a remarkable achievement. (C.D)