Sri Lanka, a small island state in the Indian Ocean Region (IOR) is strategically located at the crossroads of major shipping routes to South Asia, the Far East as well as the continents of Europe and America. Sri Lanka is also strategically located among the most significant sea lines of communication (SLOC).

Sri Lanka’s strategic location in the Indian Ocean Region has been geopolitically significant for major powers for centuries. As such, Sri Lanka was colonized by Portuguese, Dutch and the British who used it as a transit hub to trade goods, a port to dock as well as refuel ships which navigated their massive empires.

Enclosed on three sides by landmasses and several countries, Indian Ocean is the third largest ocean in the world which has a water area of approximately 73 million square kilometers.

According to Robert Kaplan, US Security Analyst, Indian Ocean is an important economic hub that connects South Asia, Southeast as well as East Asia. Due to the growing economic significance, the IOR has become an increasingly significant center of global focus. 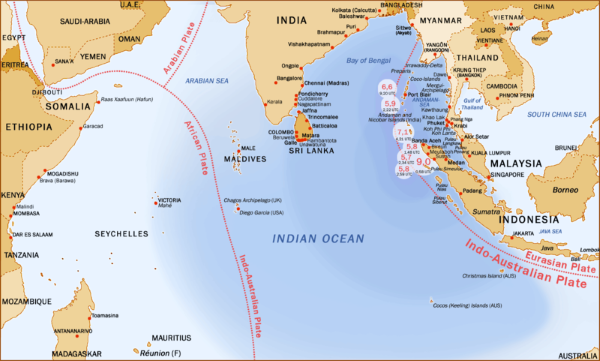 *Lloyd’s List nominated, Colombo Port in Sri Lanka as the 25th busiest container port in the world, in 2017. At present, the Port serves as a maritime hub in IOR and in the South Asian region. As Colombo Port is a maritime hub in IOR, local shipping companies will be able to link with international maritime shipping companies to attract Colombo Port for business, a source of earning foreign exchange for Sri Lanka. Meanwhile, entrepreneurs can also indulge in developing as well as setting up supplementary infrastructure necessary for Colombo Port for ships and crew reaching the Port. In the past, Colombo Port has been a pivotal transit hub along the *Silk Route and at present too, it is a vital hub when transporting goods from the east to the west. 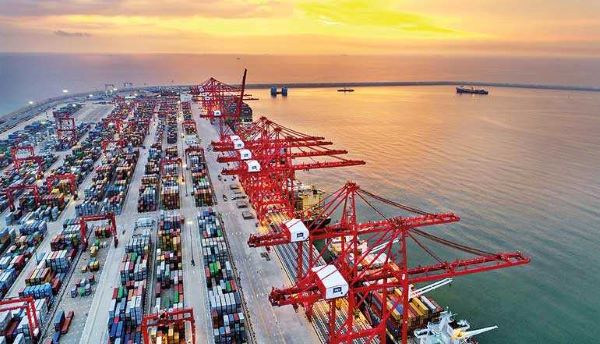 Meanwhile, the natural deep-water harbor in *Trincomalee, the fifth largest natural harbor as well as one of the finest natural harbors in the world is the most valuable asset of Sri Lanka. Located in a strategic point near the Bay of Bengal, during World War II, Trincomalee Harbor had been used as the main base for Eastern Fleet and British Royal Navy. Hence, the geostrategic location of Sri Lanka had been used for commercial, industrial as well as for military purposes in the past. As the splendid deep-water port in Trincomalee has been strategic as well as a commercially significant harbor to Colonials, in 1795 it was taken over by the British.

At present, oceans play an immense role in trade as well as commerce. The Indian Ocean is the world’s third largest body of water with approximately 50% of trade traversing the IOR. About 50% of the world’s container traffic passes through IOR and approximately 30% of world trade is also handled in the ports of this region. IOR comprises 38 littoral states, 24 ocean territories and 17 landlocked countries. As such, Sri Lanka is a convenient port of call for shipping lines as well as airfreight services. Hence, Sri Lanka’s geopolitical relevance is significant to several major powers. According to the US Senate’s Foreign Relations Committee on Sri Lanka, “Sri Lanka’s strategic importance to the United States, China and India is viewed by some as a key piece in a larger geopolitical dynamic”.

At present, the IOR is swiftly becoming a significant ocean mass in global maritime trade and the majority of trade sea routes are located around Sri Lanka. According to shipping traffic destiny maps, key arteries of maritime shipping trade proceed south of Sri Lanka. Hence, if there is a disruption to a ship that transit in the southern tip of Sri Lanka, it may result in a massive effect on international maritime trade.

There are wars among countries and as a result, the oceans are prone to conflict at present; the conflict over Suez Canal, Strait of Hormuz and the South China Sea dispute are some such conflicts.

According to scholars, as Sri Lanka is situated in a strategic position in IOR, there will be geopolitical implications which may have an adverse impact for Sri Lanka. Meanwhile, it is the duty of foreign policy decision-makers in Sri Lanka to handle such implication with a well-formulated foreign policy; track one diplomacy as well as an effective public diplomacy to maximize greater advantage for the country.

Hence, it is necessary for Sri Lanka to become a neutral venue to promote high level diplomatic engagement and engage in a non-aligned foreign policy.